The next instalment of Nintendo’s crazy, colourful shooter, Splatoon 3 will be released on 09/09/2022

The announcement was released today across Nintendo’s official Twitter accounts and with it came a sweet gameplay demo of its famous Turf Wars. Lasting roughly 4 minutes long, the video shows 2 teams of 4 Squidlings and Octolings going head-to-head to paint as much of an arena as possible in their respective colours within 3 mins, armed with a varied array of paint guns (some that look like household items) each with their own abilities. See the full trailer below:

One of the new weapons shown off in the gameplay video (and announced on Twitter with its own dedicated tweet) was the Tri-Stinger. A paint bow that can shoot paint arrows at high speed both vertically and horizontally based on if the player is in mid-air or not, similar to the Splat rollers of previous games.

A few other things of note in the trailer were the addition of what looks to be name cards that apply to individual players. A nice customisable addition to Splatoon 3. As well as that, the trailer showed an inkling hanging from the new floating launch pods which may indicate that the weapon you choose may have its own pose at the beginning of the match, or maybe they are unlockable?!

No news on when pre-orders go live for Splatoon as of yet.

Edit: Pre-orders for Splatoon 3 are now live form most retailers and the Nintendo online store. 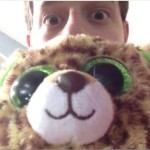 Mos likes to embrace and explore all aspects of Nerdy Pop culture life. Whether it's trying (his very best) to splat his enemies in turf wars, escaping 9ft Vampire ladies or chilling out with friends watching the latest superhero movies. He is very interested in Streaming on Twitch and often finds himself lost down a rabbit hole of lore about various franchises and universes i.e. Kingdom Heart, Star Wars or Splatoon.

24 Mar 22 Riley
What should Mario Kart 9 do differently and better than 8?
Gaming