In the midst of the disastrous console release of Cyberpunk 2077 the whole of the internet seems to have come alive with a resounding sigh of disappointment. Well we hear you over at Underlevelled so here’s 6 cyberpunk themed games to play to soothe you until they fix the mess. Sit back, grab a mug of Soylent and let me transport you to a bleak yet sci-fi future.

The year is 2064, genetic modifications and cybernetic implants are becoming commonplace. The definition of human is becoming blurred; protests to give full rights to so-called “hybrids” are in full swing. Parallax, a company whose main product is made to order robots running virtual intelligence software, is at the forefront of technological advancement. During the dead of night, a prototype true AI named Turing tracks you down, a budding yet poor journalist, and enlists your help to find his kidnapped creator. Backed by an incredible soundtrack by 2Mello, 2064 is a point and click adventure reminiscent of old Lucas Arts and Sierra games but with a modern twist. Gone are the incredibly obtuse puzzles, what’s left is a delightful mix of more straightforward tasks and gags that serve the game’s narrative in interesting wars rather than difficult puzzles for difficult puzzle’s sake. Industry class acts such as Erin Fitzgerald of Persona 4 Golden fame deliver fantastic voice acting performances, adding humour and charm to an already visually pleasing experience. Be ready for 2064: Read Only Memories to tug on your heartstrings and warm your heart.

For this entry, we move back to the mid-1990s when Nintendo and Sony were locking horns and Sega was fiddling with itself in the corner. F Zero X has you racing at breakneck speeds above sci-fi cityscapes in so-called “Death Races.” One slip up and your futuristic race car will drop off the side of the track and plunge you to your impending doom. Comparing X to its more popular counterpart, Mario Kart 64, you’ll notice that X runs at a crisp 60 frames per second and doesn’t have much detail visually. This was a deliberate design choice achieved by sacrificing texture size and reducing polygon count on in-game models. Due to these optimisations, the game can handle all 30 racers on screen at once without breaking a sweat, an astonishing feat at the time. To put this into perspective, games like Ocarina of Time run at a paltry 20 frames per second, a far cry from today’s industry standards. X’s blistering pace and focus on skill-based play makes playing alone, or in up to 4 player split-screen, a blast. There’s nothing quite like that battle for first place on the final lap, intensified by Taro Bando’s heavy metal soundtrack. This is especially exemplified by the risk-reward health and boost system, made available on the second lap onwards. At the press of a button, your ship will accelerate at phenomenal speeds at the cost of some health. At higher difficulties, the intelligent use of this is essential. In comparison to its sequel, F Zero GX for the GameCube, X is a more streamlined experience. Fans of the racing genre are sure to enjoy X.

Ever wanted less game in your cyberpunk game? VA-11 HALL-A is sure to provide that, with its focus on narrative and character progression. Set in the year 207X; cybernetic implants and genetic modification run amok, with a seemingly totalitarian government in control. The streets aren’t safe at night, so of course, many end up at a bar. This is where you. Jill, a 27-year-old bartender in the very gloomy glitch city come in. You serve drinks to an interesting array of patrons including an inappropriate robot, a bounty hunter, and a hacker among many others. The main “game” aspect to VA-11 HALL-A is simple. On a day by day basis you listen to what a patron has to say, listen to their order, make the correct drink, then rinse and repeat. Sometimes patrons can be unclear or downright cryptic, in which case your choice of drink will affect what they have to say and whether you get paid. An off-putting aspect of VA-11 HALL-A for many is certainly the lack of traditional gameplay, however, this does not make it any less of a worthwhile experience. This is the only game that I can think of where you can serve drinks to corgis. That alone, I think, should be worth the price of admission.

I’m cheating with this addition to the list but hear me out. TS2 was developed by Free Radical, founded by previous employees of Rare and it shows. The Timesplitters series is known by many as spiritual successors of Goldeneye 007 and Perfect Dark, characterised by generous aim assist, objective-based campaign missions and the now-dated health pack on the map health system. One mission wouldn’t feel out of place in the movie Blade Runner, the “Neo Tokyo” level. It all begins with a cutscene of you, Ghost, chasing a cyber thug holding a briefcase through a train. The briefcase contains and time crystal, you need it! A Cowboy Bebop style fistfight ensues until you inevitably lose when the big bad of the level gets serious. You awaken on the train platform and so begins the mission. Trail the thug. Don’t get spotted. Disable security cameras, evade patrolling (floating!) police cars and infiltrate the thug’s hideout. Retrieve the crystal, get the hell out of there. The main star of the show is the setting, and that’s why it’s in this list. The architecture is cold and sterile, contrasting the bright and vibrant advertisements of Chinese pharmaceuticals, restaurants and other things of that ilk. All enemies are wearing futuristic yet inexpensive looking clothing, some even using 20th century weaponry. The entire level is encompassed with a soundtrack that really draws you in and melds with the depressing sound of the pouring rain, resulting in a great audio-visual experience. Being spotted once before infiltration and having to restart the mission does leave a sour taste but this makes it all the more satisfying on that successful run. All in all this mission is a great accompaniment to the time-travelling campaign and provides a satisfying contrast to the fast paces Wild West-themed shoot out that succeeds it.

From the brilliant minds behind Pyre, Bastion, and the brand-new rogue-like Hades, we have Transistor. Set in a world of high rise buildings, bright lights and censored news, Transistor is a stark look into a potential future. You play as Red, a singer whose voice has been stolen. Stolen may be a strong word. Trapped is more accurate. Trapped inside of her sword, which also has a voice and acts as the game’s narrator. The music in Transistor is laced with Red’s solemn and muted voice, leading to a somewhat emotional soundtrack. Travelling together, you are hunted by a mysterious corporation who want the sword for unknown reasons. Familiar isometric action gameplay returns, this time under the guise of a real-time turn-based hybrid. In combat, you can slow down time and plan a sequence of attacks, this system comparable to the VATs system from the Fallout series. Transistor often forces the player to reinvent their strategies. Lost all your health? Instead of being sent back to a previous checkpoint, Transistor instead continues combat but short circuits a move (known as a function) out of your arsenal for the foreseeable future and challenges the player to mix and match the functions that you already have. The game’s modest difficulty guarantees that this happens at least a few times whilst learning how to play. Combat is locked into separate encounters, allowing for much-appreciated downtime and expository dialogue from the sultry tones of your sword. Each function in your repertoire can be used actively with direct effect, as an upgrade to an active function or passively. All of this is juggled and managed with a power system, each function utilising a degree of power. While levelling up from combat, you choose from permanent buffs and devastating debuffs which ensure a unique experience. As with all games developed by Supergiant Games, love and soul have been poured into Transistor leaving us with an incredible looking title. A departure in aesthetic from most games on this list, Transistor has a very clean, hand-drawn art style to it which is incredibly refreshing. An indie game worth its weight in salt.

What better way to round off the list by including a sci-fi mech game from yesteryear, when game developers were still learning the ropes of 3-dimensional gaming. Its developer, Infogrames, has been defunct since 2009. Let’s perform a post-mortem. Slave Zero began life on the fledgling Dreamcast, just weeks after the iconic release date of 9.9.99 in the US. Visually, it shows. The Dreamcast boasted the best in graphical ability on consoles of its time, but that was over 20 years ago. When I look at the visuals of Slave Zero, I see grungey dark lighting and low polygon models, flashy billboards and street signs that let you know you’re not in the nice part of town. I see graphical fidelity similar in scope to that of Quake, a game released 3 years prior. This isn’t a bad thing, and with the magic of emulation, can be spruced up to look quite shiny. A relic of its time, Slave Zero maps movement to the face buttons and aiming to the stick as there is no second control stick. It works surprisingly well once you’re used to it, but effectively strafing to avoid shots is a pipe dream. There is a PC version on Steam, but as a console player, I am haunted by the hardware limitations of the late ’90s. You are Slave Zero. An incredibly large mech in a game where the story consists of a huge info dump at the beginning. An info dump that I may or may not have read. Who needs a story when you have a pumping techno soundtrack, right? Combat is clunky, juggling the aforementioned control scheme along with actually fighting other mechs is fun for a while but taking damage is inevitable. Health is collected from the map in old-style fashion, rather than covering your screen in raspberry jam and regenerating in seconds. Gameplay oriented when the gameplay has not aged well, this is not a game for everyone. This isn’t even a game for most people. It is, however, an oddity worth revisiting to learn from the mistakes of the past.

Hopefully this list here gives some alternate games to play while you wait for CD Projekt Red to clean up the mess they’ve left on this release. With Cyberpunk 2077 pulled form both Xbox and PlayStation’s store who knows what will happen in future. Patches have been promised for January and February so keep a look out for that. 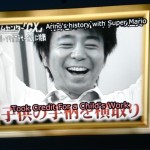 Scroll Up
We use cookies on our website to give you the most relevant experience by remembering your preferences and repeat visits. By clicking “Accept”, you consent to the use of ALL the cookies.
Cookie settingsACCEPT
Manage consent