It’s almost impossible to believe. Just over three months ago I published an article talking about the potential of a Mass Effect trilogy remaster, and now, standing at the gates of the next console generation, here we are with a massive (pun very much intended) announcement from Bioware confirming both a trilogy remaster as well as a brand new Mass Effect project being led by a “veteran team.”

The news was finally broke at 8:09am PST by GameSpot and in a matter of minutes, an entire fanbase was validated in their love of this incredible franchise. We’ve been waiting for years for something, anything, pertaining to Mass Effect and we’ve finally got it. A trilogy remaster and an all new Mass Effect project. Just saying it feels so damn good.

N7 Day has become a day of celebration for the Mass Effect fanbase over the years, to the point that even the developers and publishers have gotten in on the fun. Bioware announced Mass Effect Andromeda years ago on N7 Day, and since then they’ve taken the opportunity to communicate directly with the fans on an annual basis, sharing their experiences with working on the various Mass Effect titles, sharing fan work and projects, and so on. So it makes sense that Bioware would reserve their big Mass Effect-related announcements for such an occasion.

As of right now, details are pretty slim on both the remastered trilogy and the next chapter in the Mass Effect Universe. Bioware has stated that they want the Legendary Edition to be the way in which players can “experience them in their best possible forms.” All we can say for certain is that the Legendary Edition will have improved textures, framerates and (probably most importantly) all expansions and DLC content for each game in the trilogy. Price, release date, and many other details have yet to be announced, although we do know, thanks to Bioware updating their social media, that it will be coming in “Spring of 2021.” But we will be sure to keep you posted here at Underlevelled.

Link to the original GameSpot article: 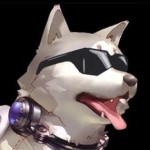 Just a guy who loves all things to do with writing

Scroll Up
We use cookies on our website to give you the most relevant experience by remembering your preferences and repeat visits. By clicking “Accept”, you consent to the use of ALL the cookies.
Cookie settingsACCEPT
Manage consent