Mixtapes have been around since the 1980s, with a strong reputation for love-struck teenagers expressing their fondness towards their sweethearts through song. It’s fitting then, that Ryan Brown (@Toadsanime on Twitter) has spent the last few years crafting his own love-note mixtape to the beloved indie games he spent time playing in his teen years. This brand-new innovation by Super Rare Games is Super Rare Mixtape Vol. 1, a unique way to play beloved indie games.

A project made with the purest passion, the Super Rare Mixtape, Vol. 1 is a collection of 30 indie games curated from the best up-and-coming developers in the scene, amassed onto one USB stick, and as the name suggests, hopefully the first edition in a series of releases. Before the uprising of commercial indie games such as Super Meat Boy and World of Goo, there were smaller communities like The Daily Click and 64Digits. Within these communities, lovers of the scene would gush over thousands of games created by hobbyist developers, adored by other hobbyists and the like. The games included on the mixtape range in their genres—from visual novels to first-person shooters—meaning there is sure to be a game on there for almost anyone to enjoy. Now you too can enjoy games like Kiwi 64 and Missed Messages, among a plethora of other indie classics. Also included on the Mixtape are 6 playable demos from upcoming indie games such as Billie Bust Up and SkateBIRD which gives off a serious PS1 demo disc vibe. Who didn’t spend most of their time playing those demos?

To fit with the indie style, the USB is a charming cassette shape in a bright orange colour, fitting for any retro fan. This tape easily plugs into your PC for quick access to the extensive library of games for easy Plug’n’Play, with a built-in custom launcher. If the retro aesthetic isn’t quite for you, the cassette comes with a gorgeous collector’s box which is designed to fit in perfectly with your games collection complete with a full-colour manual, with a full page dedicated to each of the 36 titles.

As you might expect from a novel investment, this is a limited release restricted to 1,000 copies so it can find its feet in the gaming world and cultivate an audience. Ready for release on the 19th of August, 2021, for only £28, you can be sure to find yourself rushing to the company’s store to purchase your very own copy of the Super Rare Mixtape, Vol. 1.

Below is more information from the super-brain behind this project, Ryan Brown from Super Rare Games, and a trailer of all the things you can expect to see on the mixtape. 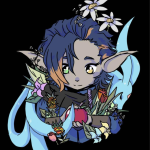